~The Ineradicable Mark of past~ (Short Story)

This fiction story resembles juvenile stage of some group of the youth and the ineradicable mark.The youth as a agent and love as a cause is just a small example but we have many of them in our society today. My this post no where promotes the involvement of crime in society, but it is about those unknowingly committed mistake where only and only the single person is suffering during and even after the incident. Here goes on story, Dont forget to put your valuable comments..and yeah, in the end, i will explain why i particularly choose this condition. 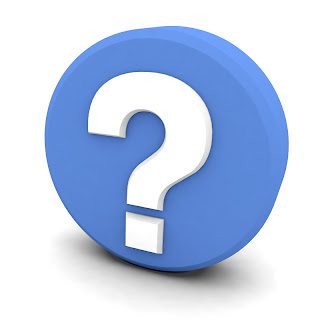 ~The Ineradicable Mark of past~ (Short Story)

He has to tell everything to her. But he is afraid. He is too afraid.

Either he would say it or not, someday she will come to know about it. So he found better to get it shared and let her know everything. But again, if he will share it, he was aware of consequence that can happen and he was afraid of it. He was afraid that he would be left alone again. He was afraid if he would need to visit the same world like as of 7 years ago…

He had always found Priya too beautiful. They were in same school from primary level. Although they had few good childhood moments, along with the passing time and building age, those gap between closeness started getting wider and wider.

As a childhood friend and class mate, somewhere in the corner of his heart, there was immense inexpressible thoughts. In the lower secondary level, the class was aware of it but both of them never gave such a big importance to this gossip. And every so often they were teased, they simply ignored it.

In the time of secondary level, the whole class started saying Suman has a crush on Priya, Suman used his juvenile philosophy often terming it as “First love”. Slowly, he started dreaming the virtual world where both of them will together grow on friendship, love, passion, career and so on.

One fine day, through his friends, Priya got confirmed that what suman has for her is more than friendship and she was too uncomfortable. Saying him a straight ‘No’ was not a fair idea because school life will be over soon and the scrambled friends will hardly gossip.

Suman deciding, he will express her very other day class 10 board exam gets over, he tried concentrating on his exams. He had given his best shots at exam and he could hear she was also happy with her performance.

Everything had gone well till that day where he expressed everything to her on his own spoken words. He was disappointed to know that she had taken him just as a friend. The bigger shock was to find somebody else has occupied the place he wanted. He tried his best to convince her but no way was left. He started feeling lonely even in the presence of his good friends and was in the search of healing for this pain.


The worst was yet to happen in his life.

The ignorance by Priya was not so bad but because of some frustrating moments, he took the company of those friends who were already involved in drug addiction. He trusted their assurance of happiness in their world but a bad company in the bad patch of his life led to adaption of drugs. His loneliness and pain was incurable and he felt instance happiness is his immediate need could invite only worst days. Starting with cigarette, he started drinking beer and before his parents could stop him he had already started consuming banned substances. He was unstoppable and his parents were being helpless. Dignity of their family had already shattered and they were much worried about his future.

His Secondary board exam result arrived. Suman passed the exam with distinction while Priya passed with average first class marks. Rather than his achievements, the hot topic being talked in his school and his neighborhood was about his declination and deformation he had given to his life.

suman’s parents somehow managed to keep him in rehabilitation center. By the grace of God, his health was wisely checked and it progressed day by day though it took complete two years for him to be normal. He had returned to his earlier stage, to be gentle, innocent and disciplined Suman.

His past illness was cured but never the less; past that had occurred in his life remained as history in mind of people which couldn’t be erased. Forgetting all the things, Suman’s father decided to shift themselves to new place where no one could identify Suman, hoping he will gain some confidence in life to achieve something more which he used to dream in school days.

Seven years passed since school life then, he was done with college studies and he has found a new person in himself. He could see new destination on his way, he has targeted new aim in his new life where he could see every of the thing being perfect in its place and new days where he had no regret to any of those past.

He never wanted but through the way of good friendship, Love once again revisited his life, in the form of Tripti. He found her not only beautiful but caring and motivating too. He could see his dream through her and he could find himself on her. She was understanding girl and she too had her trust and faith on her. Now he, with his much matured philosophy thinks she is the girl of his life with whom he had shared every moment of his life but he had never shared  with her about that nightmare.

If he wouldn’t share with her, someday, in some stage of life, she might come to know about it which would be like breaking her trust. But he was too afraid about it. Still, with all the guts, he decided to share those moments. Initially she said nothing, she was just shocked that he had faced those moments in his life. Her words might had assured him that she will be with him for forever, but her silence reflected something else.

Soon their relations turned the other way and very soon they had to give it up. Suman could vividly see why it had happened!!

His fear had become true. Though she loved him lot in initial days, she turned away because she is the type of girl who always wanted to live in high class family with dignity. she started saying her parents will never accept guy with such background and they don't want her to share life with such person.

Tripti felt she deserves someone better, someone who has a clean life and with whom she could live with dignity among the people.

Suman couldn’t stop blaming his past for the present, still he has to live and for that he has to be Strong. He left his past, but effect of those past kept following him as a shadow and hunted him shattering his dreams. He got helpless, he is afraid. He is too afraid wondering how many such situation will come where he has to be ignored for his mistake which he never meant to commit.

To some extent, a boy bounces back but there are many instances where a girl kneel down and surrender to the situation, just because of our way of judgment. Sometime a single people judges and sometime group of people judge, just to deny opportunity to those who had some mistakes committed never even asking ourselves once, either it was knowingly or unknowingly. We just see dark part of life forgetting to see other part of coin, i.e. how strongly they have comeback to overcome those moments.

I once again say, its not that love need to be the reason or addiction need to be cause, revisiting love need not be the opportunities always. Reason, Cause and Opportunities can be anything, person may be anyone, Just give them the chance to grow, because it’s the history, Mistakes makes a man perfect and it’s the truth that not only our mistakes, God has forgiven our sins also, then who are we to mark somebody’s life or career?


Let us think, our one move may give somebody a new life.

Falling in love is not a bad custom. But sometime love in wrong time can be the biggest disaster
Have you noticed that many teenager claim being in love even before school gets over? Have you also noticed teenager falling in addiction?

Yes, Love in Teenager and frustration occurring there is one of the reason behind drug addiction in School and College guys.
Here is not so much we can do to stop this, but a regular concerned by parents trying to understand children can help future being better.
that is why i selected this condition to explain "The ineradicable mark"

Still, i once again repeat, its not that always love need to be the reason or addiction need to be cause, revisiting love need not be the opportunities always. Reason, Cause and Opportunities can be anything, person may be anyone,
and the situation can be worse than what we can

Lets not look towards past to judge anyone.

Peace be with all of us…
Regards
Suraj

The Fight Against Roast Videos Continues Till YouTube Reveal Its Stand