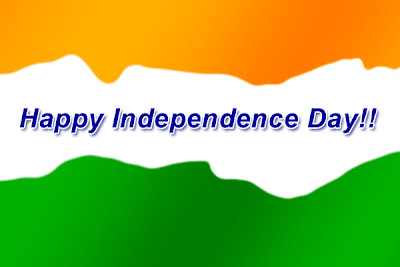 Since my childhood, I had heard lot about the Hindi movie border (1997) featuring the group of few best actors of that time from Bollywood. When I was studying in class four, I was residing in hostel and there I had heard many about this movie from many of my childhood friends and I had a wish that I could also see it soon but never got a chance to watch this movie.

Despite of living in Mumbai, don’t know why I could never watch this movie. That wishes of my got full-filled, but only after 15 years of its release. Recently when I was done with my Final year Bsc exam, I got a chance to watch this movie. I got drowned in the world of emotional so much that tears fell down through my eye which rarely and rarely had happened earlier.

Yeah, Patriotism was the only factor that had brought tears on my face while watching the movie, but it was surely not because I was supporting our fighters in the movie.

That movie was just the small moment of war and its unwritten truth of most of our life that we might not have heard the entire story of war, we might not know how many lives were lost in those incidents.

However the selfish, stubborn and egoistic person might be, we can say 99.99 percentages of the people of the nation are filled with patriotism of extreme level. And more than all, the whole nation has often saluted those people who have joined as army and officers for the protection of their country. If Despite caring for their life, despite thinking about their family wishes they have surrendered their life for mother-land, can any patriotism be bigger than this?

But lets look out a rough figure before moving ahead.
During World War I &II, around 65 million died.
In Indo-pak war of till 1999, more than 10 thousand people died from both side.

One more question, either that be World War I declared by Austria-Hungary or Iraq War declared by United states, do we think there were people with patriotism in only one side?

Again a big No…

Patriotism is present within every of the fighters, that’s why they are representing their country. Just because of some discomfort decision taken by few higher authority, the clashing takes place and mankind has only and only to lose.

We may have won in many of the war, but we can never compensate the loss of lives of lost soldier and we can’t heal burning emotion of suffering family.

Yeah, the same will happens on other side too and the search of victory anyway leads to destruction of the beautiful creations created by almighty…

I wish the war could have somewhere concluded, but Alas! It has grown day by day changing life of every of those human having patriotism.

Today, we may be helpless for this miserable situation of humanity, still, for me, I want to salute to those every individuals who has lost their life for their country.

And moreover, I also salute to those every people who have contributed their best to establish peace in world-wide.
Peace, joy and Independence be with all of us.
I wish Happy Independence Day to all of my friends.
Keep smiling
Suraj